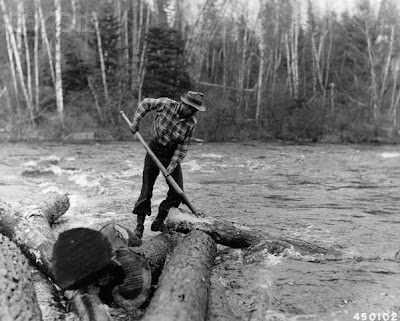 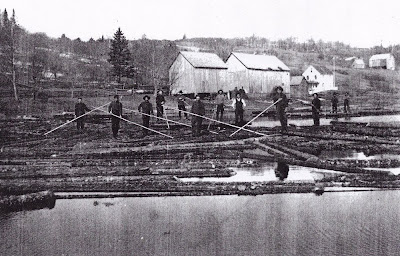 At the Mill Pond 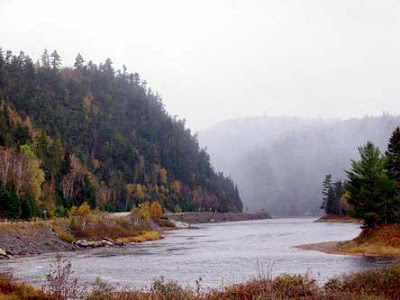 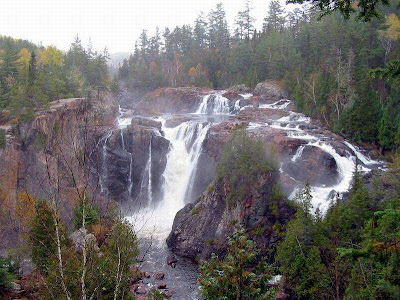 I was 10 years old when I arrived in Elliot Lake. It was a rough tough mining town and such a great place to grow up in.

Shortly after we arrived there my father took me to Blind River to watch the last log drive on the Mississagi River. The giant Aubrey Falls hydro electric dam was being built and would eventually block the natural flow of the old river which flows through the Algoma wilderness from Biscotasing (the land of Grey Owl) north of Sudbury, 165 miles to the North Channel of Lake Huron near Blind River.

What a fantasting sight! It was one of the last of the old time log drives in Ontario.

A number of years later - in 1979 to be exact - I heard for the first time, the ‘Log Driver Watz’ sung by Kate and Anna McGarrigle and the Mountain City Four, in the short animated film from the National Film Board. I was watching Sesame Street with my young sons Chris and Jody at the time. I rediscoved it the other day.