Gilbert Oskaboose, was a journalist from the Serpent River First Nation,in Cutler, not far from my hometown of Blind River. For a time he was the editor of the Indian and Inuit News based in Ottawa, until government funding ceased and the publication folded.

Health problems forced him into a retirement but that didn't didn't slow down his writing activities all that much. During his 'retirement' he wrote some of his most insightful articles.

Gib was a fighter. As a residential school survivor, Gib was engaged in a class action law suit against the Society of Jesus (Jesuits) and the federal Department of Indian Affairs for their responsibilities in the operations of the residential school system. He was an outspoken critic of a shabby cleanup effort of the Serpent River system as a result of the uranium mining activities upstream, and as an outdoorsman he was adamant that native hunting and fishing traditions be respected.

In 2000, Gib suffered a stroke and he was no longer able to continue writing. He was forced to move in a nursing home and not long afterwards after he passed away.

I first met Gib Oskaoose at the North Shore Tribal Council office in Blind River. Prior to that we knew each other only by reputation. I was a reporter working for a small weekly newspaper and he was writing for a First Nations webzine publication. He called to talk to me about an upcoming public environmental meeting that he was scheduled to make a presentation. He had a lot of information that he wanted to share so I decided that the best would be for me to visit him at the Tribal Council office. I took an instant liking to Gib. He was a big man with such a warm smile and since he loved to hunt and fish we had a lot in common.

Grey Owl... Kindred to the Wind

Didn't know what to make of it. It was a heavy mournful movie of James Bond in buckskins agonizing over who he really was, Grey Owl of the lost and lonely places or Archie Belamey of High Street in London, England. 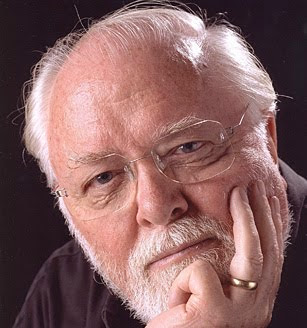 As one would expect the scenery was magnificent, much like that of that other epic: Blackrobe, an insignificant little tale of an insignificant little white priest at odds with the wilderness and the people who chose to live therein. The Ontario woodlands and marshlands at their finest. The changing seasons, each with it's own grandeur. The delight of summer, the high colors of Autumn when the Creator takes a paintbrush to the distant blue hills and paints in crimson and gold. The stark silence of Winter when hunger and death and the spirit of Windigo walks the land. All these things are my beloved homelands, mystic and traditional lands of the Ahnishnawbek people. 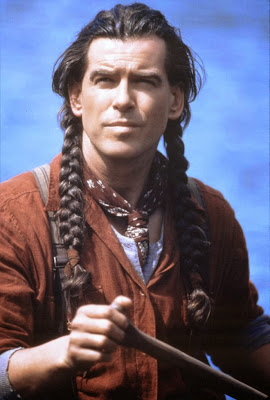 The only dialogue that touched me was when an old Sioux man spoke to Grey Owl. "Men are made up of their dreams, and you have dreamt well, Grey Owl." Anaherio, the Mohawk woman who followed Grey Owl into the deep woods was played by a young native woman as pretty as a Spring morning. One could only fall in love with her, along with Grey Owl. She was the beautiful, intelligent and nurturing native woman personified. Thank you, Lord Attenborough.

Humankind has yet to learn the truths Grey Owl was here to teach. Canada is still being regarded as a vast and empty land with limitless natural resources to plunder at will. Witness the passing of the Atlantic cod and the threatened extinction of the Pacific salmon. The beaver was saved but the land still grieves under thousands of metric tonnes of radioactive wastes. Our rivers run dark with the discarded effluence of modern industries. The air we breathe has been poisoned and polluted. Great forests are being strip-mined to feed what passes for culture today.

Grey Owl has walked out onto the Wind to be with the Grandfathers, but his spirit lives on in the hearts of Ahnishnawbek people. He will always be with us, a part of the First People, a shining beacon of great strength and Hope for a better future.

Dream well, Grey Owl, my dearest brother - one who moves by night.... 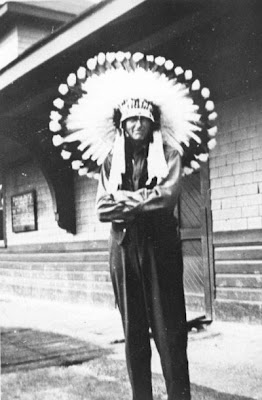